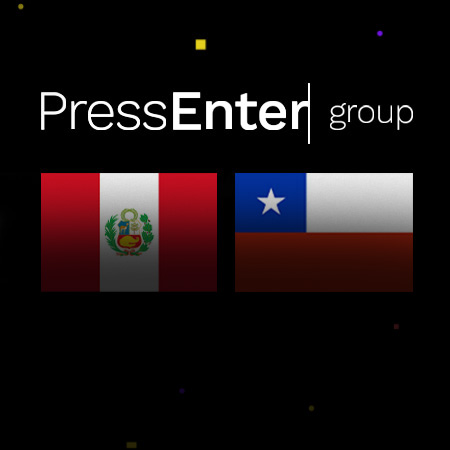 When online iGaming operator PressEnter Group rebranded last year from its former name Betpoint Group, it explained it was the start of a new chapter for the company in its ongoing expansion strategy which led it to operate six online casino assets back then. Shortly after that, last October, the company also decided to move into a new office located in Malta, with several floors of the newly built Ferries Business Centre located in Silema.

Regarding that expansion strategy, which has Latin America and Colombia in particular on the horizon, Yogonet spoke with PressEnter Group’s Regional Managing Director for Spain and LatAm, David Plumi, who took over the position in January after two years as Managing Director Spain for Betsson Group.

You have just launched UltraCasino in Chile and Peru. What are your expectations for your operation in those countries?

We see Peru and Chile as being key markets for PressEnter Group and our wider ambitions for the LatAm region. These launches mark our debut in LatAm, and we believe that UltraCasino will become one of the most popular online casino brands in both Peru and Chile due to the superior player experience that it delivers. We know that we still have a lot to learn especially when it comes to providing even greater localisation and personalisation and that there will be plenty of lessons learned. But we will use this experience to ensure we successfully enter additional LatAm markets in the coming months.

Latin American regulations are growing at great speed and you have already announced that in the next twelve months you plan to extend your brand to other regional online gaming markets, which ones would they be? Do you have any negotiations already advanced?

We believe that Latin America will ultimately become one of the largest regulated online gambling jurisdictions in the world, and we absolutely want to be in as many markets as possible. We have identified several as offering an immediate opportunity for us and, in particular, we are working towards making a play in Colombia. But we are an incredibly agile company which means we can quickly change direction depending on how regulations unfold and the opportunities that present themselves as a result.

Brazil again has on the horizon a possible return of casinos and gambling, how important is it for the gambling sector and for you in particular that “the giant wakes up”?

Brazil is often considered the sleeping giant of online gambling in LatAm and when it does eventually wake up, I think the industry’s eyes and attention will be firmly fixed on the country. It has a large population which combined with a fast-growing economy and a passion for sports makes for a very healthy online gambling market indeed. We are not currently active in the country, but should regulations progress and online casino and sports betting open up through a viable licensing framework, then it is certainly a market we would look to enter.

Colombian online gaming regulation stands out among other local markets, do you have plans for the country?

Yes! Colombia will be our first regulated market launch in Latin America. We really like how regulation is advancing in the country and how the regulator has approached bringing in rules and requirements that protect players but that also makes it a viable market for operators. This is a tough balance to strike but they have managed to do it and it is our hope that other regulators across LatAm will look to Colombia as something of a blueprint when it comes to creating their own frameworks.

PressEnter Group manages many online casino brands, what was the reason to choose Ultra Casino and not one of the others? Did you consider it from a marketing point of view or was it simply the easiest option in terms of authorizations and regulations?

UltraCasino is one of our stand-out brands and my personal favourite. It has been designed to deliver a player experience like no other through a sleek and stylish design, seamless UX and a focus on delivering what the player is looking for through an interface that takes inspiration from Netflix. Not only that, but players can also access thousands of slots, table games and live dealer titles plus deposit and withdraw safely, securely and quickly via a wide range of localised payment options. Delivering the best player experience is ultimately what will ensure our long-term success in Peru and Chile as well as the other LatAm markets we target.

The fact that you have managed to launch the platform in two LatAm countries is a good start to your tenure as regional managing director for Spain and LatAm markets. What lies ahead?

Our speed to market in Peru and Chile has been rather exceptional and we still have a bit of work to do to ensure that we build a solid foundation for future growth. We are also in the final stages of readying a new brand that will become the flagship asset of PressEnter Group in Latin America. Of course, it will benefit from the lessons we have learned operating UltraCasino in Peru and Chile, and this in turn will help us take the player experience to the next level.